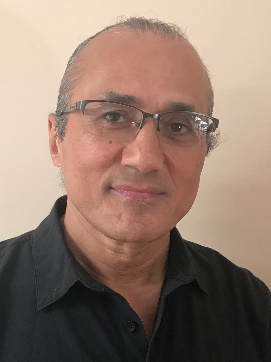 Dr. Mehrdad Nikoonahad was formerly Founder and CEO at Partoe Inc., a solar energy company located in Menlo Park, California. The Company’s focus was distributed power electronics for photovoltaic (PV) solar markets. Prior to Partoe, he was Cofounder, President and CEO at Solar Notion Inc., a Sunnyvale, California-based privately-held company focused on a novel silicon process technology for solar module manufacturing. Nikoonahad raised $16M from a New York hedge fund for Solar Notion, hired the team, and led the development of the initial prototypes. Prior to his entrepreneurial endeavors, he was Vice President of Technology for Strategic Business Development at KLA-Tencor (KT) Corporation (NASDAQ: KLAC), the world’s leading supplier of process control and yield management solutions for semiconductor manufacturing. He joined Tencor Instruments in Mountain View, California in 1992 where he proposed and helped develop a platform for a high-speed, laser-based, wafer inspection system, which, then for the first time, addressed the inspection needs for 0.25/0.18 micron silicon process technology in high volume production. That platform was subsequently named Advanced Inspection Technology (AIT) and became the flagship product for Tencor Instruments and KLA-Tencor after the merger of the two companies in 1997. Subsequent to AIT, he led numerous Advanced Development teams for inspection and metrology products used in chip manufacturing. The products Nikoonahad helped bring to market resulted in over $2B of revenue for KT. Prior to KT, while employed at BIR, a company on the outskirts of Chicago, Illinois, he was the winner, principal investigator (PI) and program manager of a number of SBIR projects funded by NASA and the NIH, as well as a number of industry-funded R&D projects. Prior to BIR, he was Senior Member Technical Staff at Philips Research Laboratories in Briarcliff Manor, New York where he focused on medical diagnostic ultrasound technologies. Dr. Nikoonahad received his B.Sc. and Ph.D. degrees in Electronic and Electrical Engineering from University College London, England. His Ph.D. and two years of post-doctoral work focused on RF, microwaves, acoustics, wave propagation and imaging. He has over 50 technical publications and is a named inventor on over 100 issued patents/applications. Dr. Nikoonahad was nominated to and became a Senior Member of the IEEE in 1989. In 1997, he completed the Executive Program for Growing Companies at the Graduate School of Business of Stanford University, California.

Read more
View all the Instructors